Kannada University is a unique institution. It doesn’t have a regional jurisdiction unlike other universities, which cater to the educational needs of a particular region. Even its research programs break the disciplinary boundaries to create new ground in knowledge production. The primary objective of the University is to conduct multidisciplinary and interdisciplinary research on various aspects of Karnataka and Kannada. The University also encourages comparative studies with other regions and languages. The production and dissemination of knowledge is the mission that the University has undertaken since its inception.

The University has taken up many research projects the findings of which are of immense help to the society in the areas hitherto neglected by conventional disciplines. The knowledge produced by other universities in India is more or less in English and this has created a chasm between the universities and the vast majority of our population. The colonial history of India has erected language barriers to knowledge and has created a knowledge gap between the Englishknowing elite and others. This kind of diglossia has had its social toll. The University aims to bridge this gap by producing knowledge in Kannada and also make available the knowledge that is produced in other languages to Kannada knowing people. Every culture has to live in a matrix of relationship with other cultures and Kannada is no exception to it. A culture survives only through meaningful interaction with other cultures. But it becomes objectionable if this interaction happens on an uneven plane. Earlier, Kannada language culture had made efforts to negotiate with Sanskrit. Now, it has to negotiate with English, a colonial gift to bridge the socio academic gap in our society. The establishment of Kannada University is a major step in this direction since the creation of Unified Karnataka in 1956. But to negotiate with mighty cultures we need to equip Kannada intellectually in the context of globalization, and the task is on the shoulders of Kannada University. 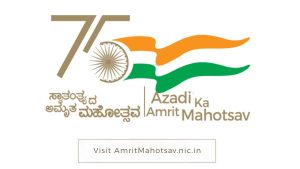